India is home to the world's largest film industry, producing nearly 2000 films annually. Significant number of these films - estimated over 200 annually, are shot in foreign locations in over 65 countries, thus creating a large market of outbound film productions and positively contributing to local film Industry and tourism sector. Since its inception in 2013, IIFTC has worked with a single minded objective to bring the global film locations to the Indian film industry. IIFTC has proved itself to be an undisputed leader in its space by hosting over 25 international events with participation from over 55 countries. Now, India’s premier locations show, IIFTC brings to you an International Marketplace for Meeting Indian Productions . Connect with the largest film industry in the world through our online and print media platforms www.iiftc.com and CinePort Magazine, where film commissions, tourism offices and production service companies from around the world can showcase locations, promote services and generate leads.

IIFTC presents the 8th edition of the Conclave, India blockbuster locations show. Winner of the 'Best Business Event of the Year' at WOW Awards Asia, IIFTC Conclave is widely recognised as one of the Top Location Shows globally, presenting a credible B2B platform to meet the vast and vibrant Indian film industry.

CinePort Magazine is India’s first and foremost film locations guide. It circulated to over 1000 leading Film Production Houses, TV and OTT content producers and leaders of India’s M&E Industry. An initiative of IIFTC, CinePort presents Indian content producers’ multitude of options and information about new and exciting shooting locations around the world. 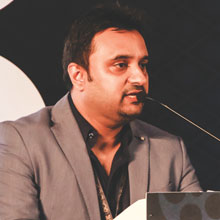 In early 2013, we set out to create a credible business platform for the world of tourism to meet the Indian film industry with a small event in Chennai. Our belief was soon reinforced when, IIFTC Conclave was acknowledged as the 'Best Business Event of the Year' at WOW Awards Asia. In the last 7 years IIFTC Conclave has transformed into Asia’s largest locations show. The last edition of the event saw participation from tourism offices and film commissions from around the world from over 25 countries. The film industry has also enthusiastically embraced the concept of 'Locations Show' and have attended our events with remarkable consistency. We strive to improve our offerings to create greater value for all our stakeholders through introduction of new ideas such as 'IIFTC All India Round Table' focussing on regional film industries, 'IIFTC Tourism Impact Awards' celebrating convergence of films and tourism or 'CinePort Magazine' - India's first and foremost film locations guide. We have envisioned IIFTC as an exciting and vibrant market place for the Indian film industry, to discover countries, scout locations and establish connects. This is manifested in our latest online offering ‘IIFTC Connect’ - An International Market Place for Meeting Indian Productions. With active participation and support from the film commissions, the tourism offices and film makers from India and abroad, we promise to continue with our quest to bring the best of global film locations to Indian cinema.